Ujitawara is the birthplace of Sencha

Kitani green tea store has located in Ujitawara which has the birthplace of Sencha, the most common green tea around Japan. The fame of the Nagatani Family is attributable to Nagatani Soen, who developed the Uji method called the Blue method, which is now the standard method of producing sencha. This structure was built on where generations of Nagatani Family once lived. There still are traces of the days past, such as the remains of Hoiro (devece to heat and dry tea leaves) in the building and portions of stone walls outside. 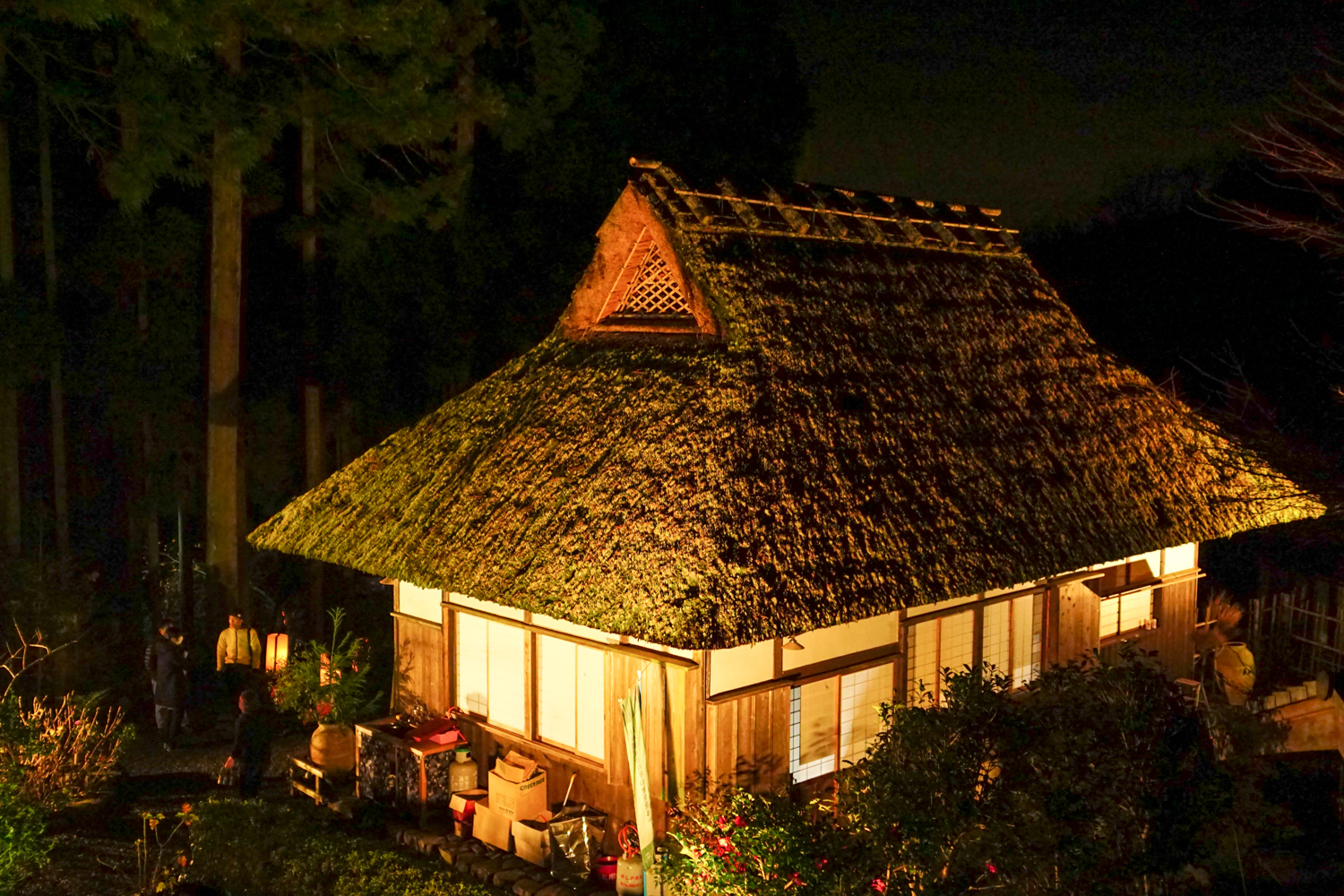 Soen’s house is still remaining in Yuyadani, Ujitawara. We have a ceremony to pray for a good crop on new year’s eve every year. We make tea only by hand on the day. 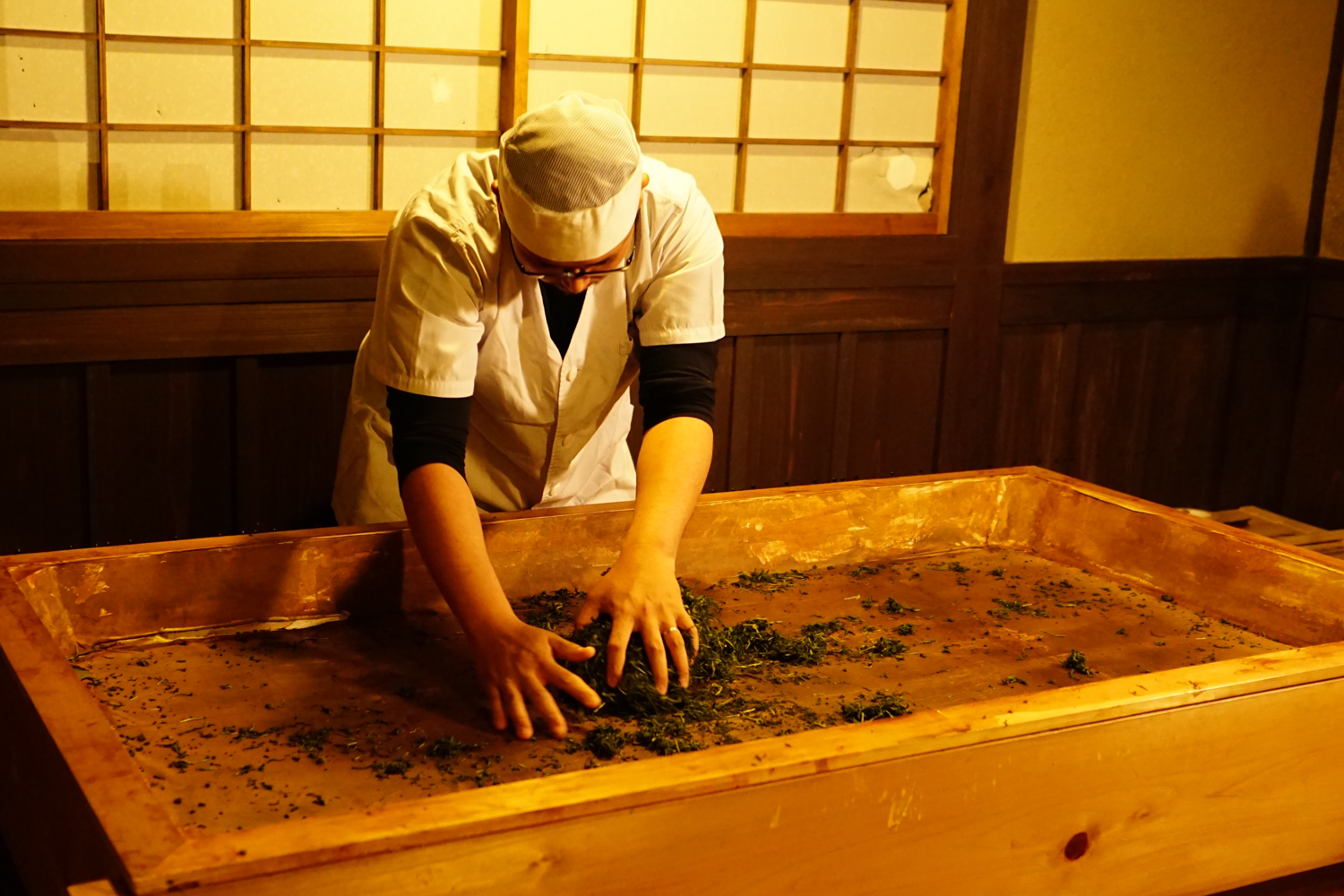 If you have a chance to come, I can take you to a short tour there!

The story of Nagatani Soen

He was a tea farmer, and knew much about tea because he lived right next to Uji. He wasn’t allowed to shade his tea plants, which led him to an interesting idea. What if he could make a better tea than what was available, but without the shading method?

He then decided to combine the different techniques available in his time.

Tencha was made by steaming tea leaves, and then drying in a furnace. On the other hand, in the kamairi method the tea leaves started to dry right away. Finally, the method of rolling tea leaves on the woven mat suggested that rolling was also beneficial.

What he eventually came up with was a real breakthrough. The rolling and drying would be done at the same time.

He placed a large sheet of paper on top of the furnace, and experimented with different rolling methods. That way the tea leaves would dry more evenly, and the result wouldn’t be as poor as when drying under the sun.

His last finding was that using young leaves improved the quality. This sounds obvious now, but at that time it wasn’t so apparent.

In 1738 Soen had successfully developed sencha. It took him 15 years. He was 58 years old at that time.
It did take a lot of work to make sencha, but the result was worth it.

The tea leaves were green, and had a fresh smell. Almost like the original unplucked leaf itsef.

When brewed, the liquor was a clear yellow, and in the mouth there was a harmony between sweetness, astringency and bitterness.

The needle shape of the tea was also beautiful, and the best thing was that it was possible for anyone to get this result.This process was named aosei sencha method(blue method), in which the first character refers to the green color of the tea leaves.

How sencha became famous over Japan

Nagatani Soen knew that he wouldn’t sell much of his tea in Kyoto because the locals were too conservative.

He had a better chance in Edo, the cultural center at the time and what is now known as Tokyo.

After the long trip, he quickly realized that his new tea would be very difficult to sell. It was too different to the teas that everyone was used to.

But the last place he visited brought his hopes back. It was the tea shop Yamamotoya (茶商山本屋), and the owner Yamamoto Kahei (山本嘉兵衛) was impressed with the tea’s flavor.

He bought the tea from Nagatani Soen, and made him promise to bring more the following year. He gave the tea a name: tenka ichi (天下一), which literally means “first under the heavens”. In other words, the best tea in Japan.

Mr. Yamamoto made the tea very popular and hence became very wealthy. As a token of gratitude, the company sent a sum of money every year to the Nagatani family until 1874. Note that Nagatani Soen died in 1778.

Sencha was one of the reasons why the Yamamotoyama company became so big and it’s still in business today.